THE KUSE FAMILY OF GERMANY AND AUSTRALIA

From the research of descendant Margaret Hookey, Melbourne, Australia. 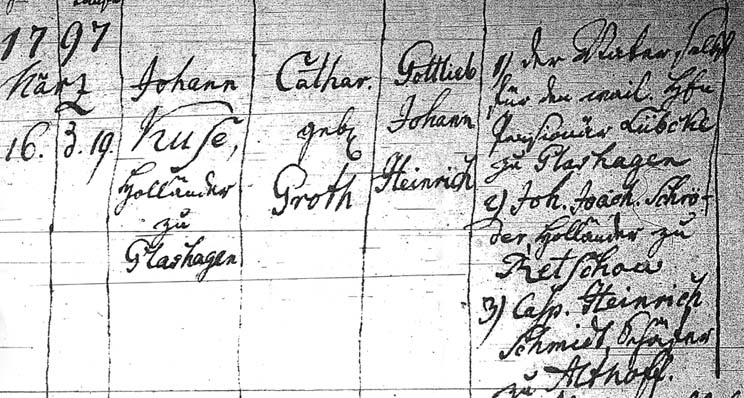 and married Anna Sophia Schmidt from Jürgenshagen at Jürgenshagen on 19 February, 1841. He was listed as residing in Retschow and laboring in Schwaan.

Along with their children Sophia, 7 and Johann, 6 they left from Hamburg on the Victoria 25 October 1856, arriving at Port Adelaide 7 February 1857. Gottlieb Kuse died shortly after his arrival, on 13 November 1857. Anna Sophia Kuse died at Natimuk, Victoria 4 January 1884 of "paralysis of the nerves."

5. Sophia Dorothea Lisette Kuse was born in Mecklenberg in 1849 and migtrated to Australia with her parents at the age of seven. She married Johann Carl Wilelm Bretag in 1868.